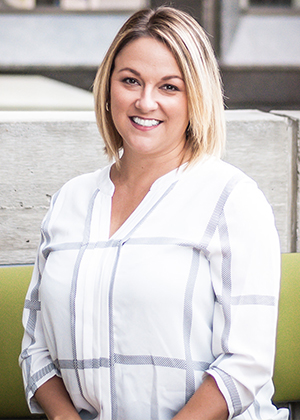 Nicole Beattie is the Executive Vice President of Servicing at Rocket Mortgage, the nation’s largest mortgage lender. In this role, she leads the company’s mortgage servicing business with a team of dedicated professionals located in Detroit and Phoenix. To date, Rocket Mortgage has serviced more than 1.8 million clients, offering industry-leading technology and award-winning client service.

Detroit-based Rocket Mortgage has been ranked “Highest in Customer Satisfaction for Primary Mortgage Origination” in the United States by J.D. Power for the past 11 years, 2010–2020. The company was also ranked highest in the nation for customer satisfaction among mortgage servicers eight years in a row, 2014 – 2021, each of the years the company was eligible.

Nicole has been with Rocket Mortgage since 2004, holding numerous roles from mortgage banking to origination operations. She has also overseen teams in underwriting and closing before moving on to servicing.

As a lifelong Michigander, she lives in metro Detroit with her husband, two children, and two rescue dogs.